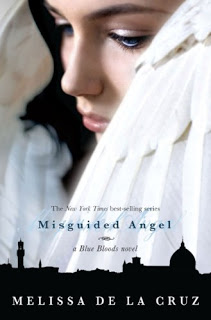 
After inheriting the dark Van Alen Legacy, Schuyler fled to Florence with her forbidden love, Jack. Now the two of them must embark on the mission Schuyler was destined to complete: to find and protect the five remaining gates that guard the earth from Lucifer, lord of the Silver Bloods.

Back in New York, Mimi has been elected Regent of  crumbling coven. Struggling with her heartache over the loss of Kingsley, and with her overwhelming desire to destroy Jack, she must focus all her energy on a perilous new threat. Vampires are being abducted and their captors are planning to burn them alive online... for all the world to see. Help arrives in the form of Deming Chen, a Venator from Shanghai, who must untangle the web of deceptions before the killers strike again.

As the young vampires struggle for the survival of the coven, they uncover a deadly secret, a truth first discovered by Schuyler's mother during the Renaissance but kept buried for centuries. And as the Blue Bloods enclave weakens yet further, fate leads Schuyler to a terrible choice that will ultimately map the destiny of her heart.

This was my favorite book in the series so far. When I was first looking through the book, because I flip through all the pages in a book before I start to read it and get a feel of the book first. I didn't know if I would like how Ms. de la Cruz had set up this book. With breaking it into 3 parts. First Schuyler's story, then Mimi's story finished with Deming's story. And the fact that Bliss was completely taken out of this entire book.

However, surprisingly enough, I think breaking their parts up made this book that much better. It let you see what was going on in the story on all fronts, but showed that all 3 girls were stumbling upon the same horrible truths that have been hidden from everyone for centuries now.

&& ohhhh gracious does Ms. de la Cruz know how to leave you with a cliffhanger. I have no clue what to expect from 'Lost in Time' when it comes out later this year. But I know I will be getting it as soon as it comes out to find out how she wraps up this incredible story. I for once am completely stumped on how a story will come to an end.

Bravo Ms. de la Cruz, you are an amazing story-teller =]