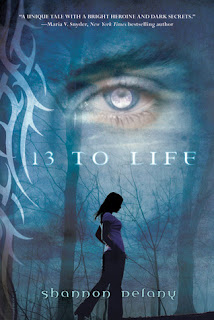 Everything about Jessie Gillmansen's life changed when her mother died. Now even her hometown of Junction is changing. Mysterious dark things are happening. All Jessie wants is to avoid more change. But while showing a hot new guy around Junction High, she's about to discover a while new type of change. Pietr Rusakova is more than good looks and a fascinating accent - he's a guy with a dangerous secret. And his very existence is sure to bring big trouble to Jessie's small town. It seems change is the one thing Jessie can't avoid.


Oh, but how I simply enjoyed this little gem of a book. Let me say it now, this book is definitely not for everyone. I have read both positive and negative reviews on it. It is a rather quick and simple read. It not a story of major life altering decisions or even a story that will have you questioning anything. Despite this fact, though, I couldn't help but loving it.

I loved both Jessie and Pietr, they were very cute together. And while I couldn't always follow their love story (or how they came to love one another) by the end of the book, there was no denying that they were meant to be together. It was very subtly written in the stars (you will understand if you read the book).

One thing that I really liked, was how Ms. Delany didn't give you all the answers right away. You know going into this book that Jessie's mother has just died, but you don't know how and it isn't revealed right away in the story. It irritated me at first (not getting all the answers I wanted, lol) but it made me not want to put this book down, just so I could find out what the heck happened. Especially after you find out that one of Jessie's best friends had a major role in her mother's death. Like WTF! That's a (I HAVE TO KNOW NOW) kind of need. LOL.

However, the biggest thing that I hated about this book was how much of a sacrificial lamb Jessie was. She was always so willing to give up her own happiness, just to make sure her friends were happy and while I can usually applaud that kind of attitude, sometimes you have to be "mean" and think about your own happiness above others. You need to make yourself happy as well. Jessie's unhappiness seemed a little forced in some parts of the book (to give the story some extra drama) and some of the character's did seem necessary to the whole plot of the book. But besides these minor things there really wasn't all that much that I didn't like about this book. I am really looking forward to 'Secrets and Shadows' (the next book in the series).

What I loved most was that there is still so much mystery left with this book. There are a few unanswered questions, some characters still left to be explored that left me with a (what's going on with this chick) feeling. And one heck of a cliff hanger that made me want to rush out to the book store to get the next book and find out what the heck was going on. I really recommend this one.

Great review! I have been wanting to read this for a very long time but never got around to it. Love and Hate it huh? I shall read it and see!

@Morganville94: It was a little bit of a love hate relationship while I was reading it. But then afterwards I couldn't get it out of my head and rushed out to get the second book in the series. Even though I know it will be a while before I can get to it. I have come to really enjoy the series. It definitely snuck in as a favorite series for 2011.