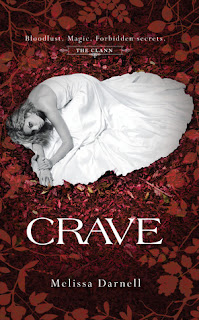 
Forbidden to Love
Doomed to Fail
Savannah Colbert has never known why she's so hated by the kids of the Clann. Nor can she deny her instinct to get close to Clann golden boy Tristan Coleman. Especially when she recovers from a strange illness and the attraction becomes nearly irresistible. It's as if he's a magnet, pulling her gaze, her thoughts, even her dreams. Her family has warned her to have nothing to do with him, or any members of the Clann. But when Tristan is suddenly everywhere she goes, Savannah fears she's destined to fail.
For years, Tristan has been forbidden to even speak to Savannah Colbert. Then Savannah disappears from school for a week and comes back... different, and suddenly he can't stay away. Boys seem intoxicated just from looking at her. His own family becomes stricter than ever. And Tristan has to fight his own urge to protect her, to be near her no matter the consequences....

Opening Sentence: I edged closer to my unconscious boyfriend cuffed to a chair nearby.
Review:
This book was completely different then what I was expecting. I had something like 'The Village' (the movie) pictured in my head when I read the back of this book. It was an interesting read but a lot of it was also pretty obvious.
You could easily see how the plot line was unfolding and there were no real 'surprises' in this book. Savannah and Tristan's love story did not come off the page as completely heart-warming to me. Because they liked each other back when they were kids, there wasn't a lot of character or "love building" in that area (which I would of liked to see). Once the paths were opened for them to be together, it was just sort of like, why wouldn't they? Besides the fact that both of their families have told them that they were off limits to one another and a war could break out. Oh, but love is worth all of that I guess.
One of the things that was the hardest to accept was the fact that once Savannah is told what is going on with her and her parents tell her that they will be checking in with her to see how everything is coming along, there are no check ups in the entire book practically. Savannah just keeps saying, "it will go away" or "I can handle this on my own". If I had Savannah's problems I know dang well my parents would be pestering me until I told them everything that was happening. It was like things were simply forgotten to be forgotten because otherwise (things that happen later on in the book) would not have been able to happen.
By the last 100 pages of this book I was skimming, just so I could get to the end of it. Don't get me wrong though, I am not saying that this is a bad book. Far from it, there were definitely things about it that I enjoyed. The friendship between Savannah and Anne for one, was really sweet and you could see how much they adored each other. That and how protective of Savannah, Anne was. That was really nice as well. However, by the middle of the book (until practically the end) you don't get anything from Anne. She just like disappears from the plot line. Savannah gets too wrapped up in Tristan, that nothing but their relationship happens in the book and it's just them, everybody else disappears. That was one of my biggest frustrations.
The ending was good and wrapped the story up well and put it in a good position for 'Covet' (the next book in the series coming out this year). But like I mentioned before, it was predictable and I was able to already see how it was all going to end up.
This was a good 'okay' book. It didn't knock my socks off, but it keep me interested in it to (at least enough to finish it). I still look forward to reading 'Covet' to see where else this series goes.