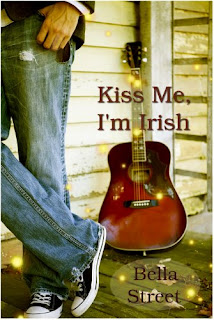 Emily Musgrave is heading a direction she never wanted to go in Regency England - namely a convent to turn her from her waywardness. But it's more loneliness than rebellion that motivates her to escape her certain fate.

Liam Jackson is going nowhere fast in modern-day Tennessee. Playing his Dobro in seedy bars and backward dives along with his fiddling sister, Tinker, is doing nothing for his music career - and even less for the dark places in his soul.

Pixie dust and thieving mischief can not only change time-lines, it can change hearts - because a girl can only get so far without a little magic in her life.
Review:


This book was pretty interesting and for the most part I genuinely enjoyed reading it. Time travel is not a concept that I see much of in YA books, it was a refreshing idea.

There was only one real problem that I had with this book. It got repetitive, slow and slightly boring by the middle of the book. I felt like the same thing kept happening over and over and that this book really wasn't going any where. This is what kept happening: Liam didn't believe Emily, did something to frustrate her, she gets mad, she leaves, but ends back up with them. That scenario happened a few times and it just got aggravating. That and it took FOREVER (practically the entire book) for Liam to finally believe Emily, and that mistrust factor got old after a while. However, these were the only negatives I had with the book, overall, it was a solid book.

My favorite part of this book was the ending. I will admit that while I was reading this book I couldn't picture at all where it was going, where it would end up at. So the ending was a complete mystery to me, but I completely LOVED it. Some characters were introduced that I enjoyed and hope to see in the next book in the series. I can't imagine where Ms. Street will go next with the next book, but I look forward to it to see where she takes this series.

Thank you for taking the time to read and review my book, Cassie. You rock!

Of course Bella. Thanks for thinking of me. Let me know when the next one comes out so that I can get my hands on it. =D