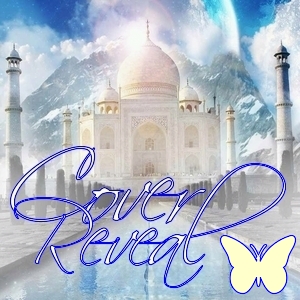 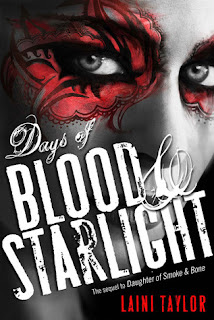 Days of Blood and Starlight
(Daughter of Smoke and Bone #2)
Author: Laini Taylor
Publisher: Little, Brown & Comp.
Release Date: November 06, 2012
Page Count: 304
In this stunning sequel to the highly acclaimed "Daughter of Smoke and Bone," Karou must come to terms with who and what she is, and how far she'll go to avenge her people. Filled with heartbreak and beauty, mysteries and secrets, new characters and old favorites, Days of Blood and Starlight brings the richness, color and intensity of the first book to a brand new canvas.

Daughter of Smoke and Bone was declared a "must read" by Entertainment Weekly, was named a Best Book of the Year by Amazon.com, and The New York Times called it "a breath-catching romantic fantasy."

Daughter of Smoke and Bone Series:

Gone with the Respiration Series: 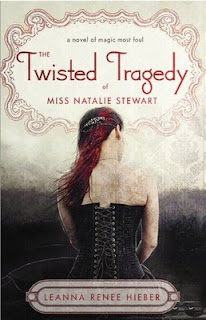 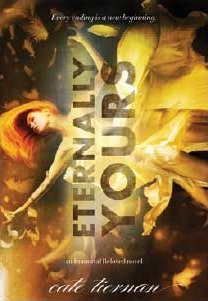 Eternally Yours (Immortal Beloved #3)
Author: Cate Tiernan
Publisher: Little, Brown & Comp.
Release Date: November 06, 2012
Page Count: Unknown
After 450 years of living, Nastasya Crowe should have more of a handle on this whole immortal thing.... After a deadly confrontation at the end of Darkness Falls, the second Immortal Beloved novel, Nastasya Crowe is, as she would put it, so over the drama. She fights back against the dark immortals with her own brand of kick-butt magick...but can she fight against true love? In the satisfying finale to the Immortal Beloved trilogy, ex-party-girl immortal Nastasya ends a 450-year-old feud and learns what "eternally yours" really means. Laced with historical flashbacks and laugh-out-loud dialogue, the Immortal Beloved trilogy is a fascinating and unique take on what it would mean to live forever.

There you have them. 4 new covers revealed. What do you all think? Personally I am really disappointed with the 'Dearly, Beloved' cover. I absolutely LOVED the cover for 'Dearly, Departed' it was absolutely breathe taking and stunning. And I wanted to read the book just on seeing this cover before I even feel in love with the synopsis behind the book. But.... just eh, I don't have any love for this new cover. I much prefer it when covers in a series match one another. Have the same kind of them and feel (same flow) with each other. And if I wouldn't of known otherwise I would have thought these were two different covers for two different series. Besides that I love the other three covers. And the one for 'Days of Blood and Starlight' is my absolute favorite of all 4 of these. It's even prettier then the one for 'Daughter of Smoke and Bone' which was already gorgeous to begin with.