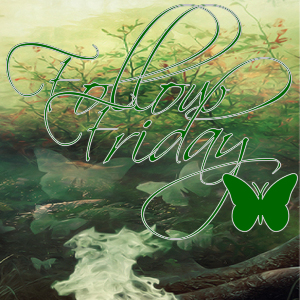 Some music is provided for you at the bottom. For you enjoyment. Hope you all have a wonderful day!


Activity! Who do you want to be? If you could choose any character from a book. What do you think that character looks like and what do you have in common?

Mm... Good question. After really thinking about it, I wouldn't want to be any of the characters from my most beloved series. While I may love the character themselves and the world they reside in and yes, I will admit one of the reason's I love to read is to get away from the problems in my own life, but when I think about it over all, while my life isn't a walk in the park... I love the life I have managed to carve out for myself...

But I will say... That when I was a kid (and while I have never read the manga's) there is one person in particular that I always fantasized about being. And just knew one day I would find myself in that world... Heck, I even think about it today. But this is the ONLY character I have ever dreamed about me...

Sailor Moon! LOL xD I know... But she was always SOOOO amazing. Usagi Tsukino (Serena in the American Version) was always defending her world from one baddie or another. Defending and fighting for her friends, her loved ones and her dreams. While she was still only a teenager she never let herself give up on herself. She held strong to her beliefs and even managed to save some of the "bad" guys and turn them "good". She gave me hope in my hardest moments as a teenager (and I am sure a lot of you will agree that our teen years were some of our hardest ever). So while it may be cheating a little, I think the only person I would ever want to be is Sailor Moon. And yes... We are both clumzy, lazy and love to eat. But we are also both, loyal, dedicated, loving dreams who while we have our weak moments we will still never let life pull us down in the end. I also wouldn't mind being around Darien (Mamoru) all the time, even though I was more of a Seiya fan in the end... And I'm into dogs than cats... LOL <3.


In all her forms:
There are a couple different Sailor Moon forms (Middle Picture).
But I will just go with her first form seen in the Anime. <3. 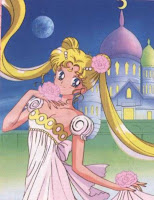 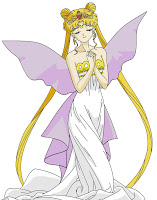 I remember that cartoon series too!! Great choice!!

OH I loved that Cartoon series, I wanted to be her so bad :). Happy Holidays!

Cool choice and I really like your blog btw :)

New Follower: Marissa @ For The Love Of Film And Novels

An interesting choice, there!

They're remaking this anime and airing it this summer in Japan! I'm so glad that another generation will get exposed to Sailor Moon. My friends and I were obsessed with her in elementary school :)